Seniors here in Massachusetts have many needs. From estate planning to the acquisition of healthcare benefits—such as MassHealth—seniors have many concerns that must be attended to. Considering that the senior population in the commonwealth is growing, these services may be more important than you realize. But just how fast is the 60 plus population growing, and how will that affect future generations?

Do You Know How Fast the Senior Population Is Growing?

Since April 2010, the population of people in Massachusetts over the age of 60 has grown by 24.6 percent (MCOA). That’s a lot considering that between 2000 and 2010, the senior population only grew by 16 percent. So, why has the population of seniors in our state jumped so rapidly? Many believe aging Baby Boomers are at the center of the spike.

The Baby Boomer generation has been one of the most populous in American history. Now, these people born between 1945 and 1964 are reaching the age of 60 at a staggering rate. Estimates from the Social Security Administration and Pew Research says that 10,000 Baby Boomers reach age 65 and retire every day. That puts a serious strain on healthcare programs and on areas of elder law.

Previous generations of seniors were well supported by a vast younger population—the baby boomers—but that may not be true of the current generation. As of December 2016, there are more people over the age of 60 in the commonwealth than there are people under the age of 20. This has never happened before in the state’s history.

This means that planning your golden years are even more important now than they have ever been before. Establishing wills and proper estate planning will be essential to help the state avoid costly and drawn out probate litigation. It also means planning out your future healthcare needs will be equally important. Otherwise, a court appointed guardian or conservator may have to make decisions for you in lieu of your family and friends.

Learn more about these considerations by reading our FAQS page—From the Law Office of Brandon L. Campbell, helping you plan, protect and provide. 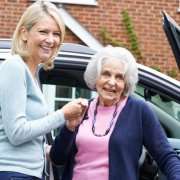 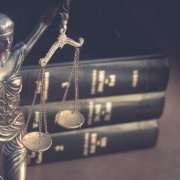 Schedule a Call
Scroll to top

Download Our Free Consumer Report: Six Major Mistakes Families Make Choosing an Estate Planning Attorney… And How to Make a Loving Choice For Your Family